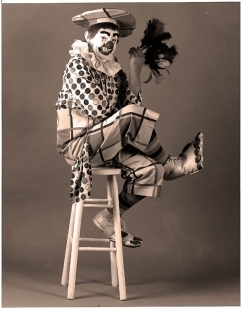 Courtesy of the Eddie Herrman Archives

1861-Confederate troops move toward Butler and another toward Papinville as Union troops march from Johnstown.

1879-Advertised in the Bates Co Democrat newspaper “Aaron Hart, of Levy & Company, is prepared to sell dry goods.” East side of the Butler square.

1882-William E Walton has purchased the hotel property of Dr. Lansdown, just west of the new Opera House, and expects to enlarge it. Laclede Hotel.

1899-The Bates County courthouse is condemned and the occupants begin removing equipment as the walls seem ready to fall.

1902-In the Mound items in the Butler paper; Our new mail man is punctual even when the roads are horrid. A minstrel troupe is selling patent medicine and is doing well at Passaic. AND is Mount Olive church going to have a Christmas tree? Passaic is having one.

1915-The annual meeting of the Border Protective Association is held at the Hume Opera House, J. Gasaway, president.

1955-The first sermon is preached in the new church building of the Amsterdam Baptist Church, James A York, pastor.  Materials from the old church building and old school building were used.

1848-Southeastern Bates County is reeling from the six weeks of continuous sleet and the conditions with it.  Cattle are dying and many broken bones have been suffered by beast and man

1859-Jim, in the care of Harvey G. Hicklin, in Northwest Vernon County, slips away a during the night goes to John Brown’s fort, just west of Bates County’s Spy Mound, in Kansas. He tells Brown the slaves in his neighborhood were soon to be taken to Texas for sale and implores Brown to intervene.

1869-Daniel Cowan Jacking, owner/proprietor of the general mercantile business in Hudson City, dies in his sleep. (Hudson City was located in the northeast portion of section two in Hudson township)

1873-Someone puts arsenic in feed at the Crayton Owen farm, near Altona, poisoning 110 head of cattle and horses. Several die.

1890-One of the Cheverton Bros. Meat Market turkeys sails through one of their heavy plate glass windows this morning.  The Brothers say “this proves their meat is fresh.”

1896-When the Butler Masons enter their hall tonight, they find two gasoline chandeliers have been installed by Brother Morrison of Rich Hill, at a cost of $15 each. It is much brighter.

1932-Butler Mayor Frank Holland calls on the Butler banks to close for 30 days to readjust their distressed condition.  The Farmers Bank, Peoples Bank, and Duvall Trust Company do it. 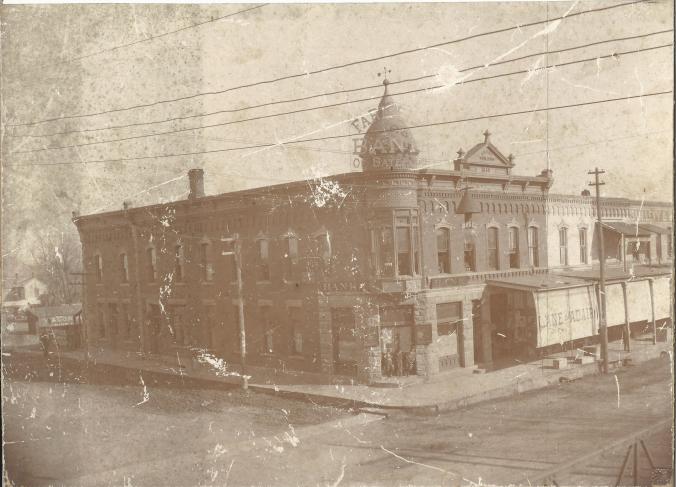 The Farmers Bank on the east side of the Butler Square. It was built in 1888 and torn down in 1919. The Catterlin house can be seen on the left of the bank. Security Bank is presently in this location.